On Friday, September 2nd, 2016, Michael and Sam created a performance piece at the D’CLINIC studios in Zalaegerszeg, Hungary. This performance was the result of a month-long artist residency called MiXER, wherein the two artists, from Edmonton, Canada, and Taipei, Taiwan, respectively, were brought together to create a collaborative exhibition that combines traditional and new media.

Through this performance, the artists explored the idea of the false identities that people create using modern technology, such as Photoshop and social media. These technological advancements allow people to alter their appearance and falsify their identities in order to create the persona that they wish the world to see as opposed to presenting their true selves. This creates a sense of self-satisfaction that is both temporary and false, yet serves to fill the emotional gap created by the sense of alienation inherent in an increasingly impersonal society that relies on the instant approval of others that social media provides.

This concept was explored through live painting and real-time mapping. During the performance, Michael painted over a projected image of himself, which Sam then photographed and project onto Michael using the computer program open Frameworks. Both the painting and projection were built up in layers until the original photograph of Michael was indistinguishable. The final piece was a live sculpture with a projection of the many layers of the painting. The live sculpture was ephemeral, lasting only the duration of the exhibition, thereby representing the temporary satisfaction of creating a false identity through the use of modern technology. The remaining piece was a painting, which served as a relic of the performance just as social media acts as a memento of the false identities that people present to the world. 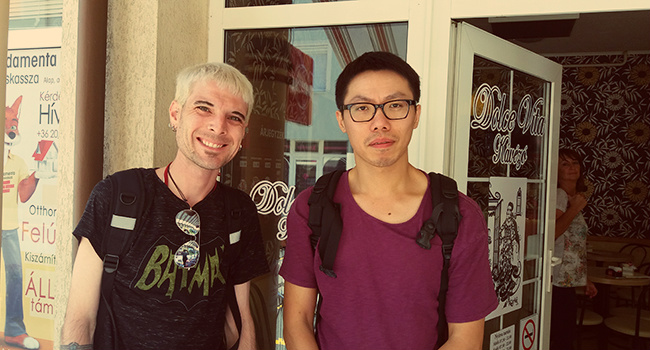 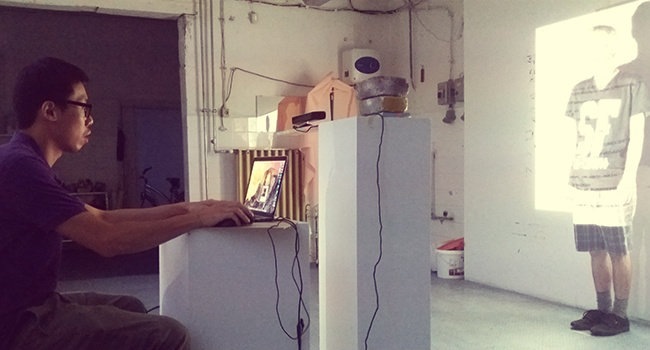 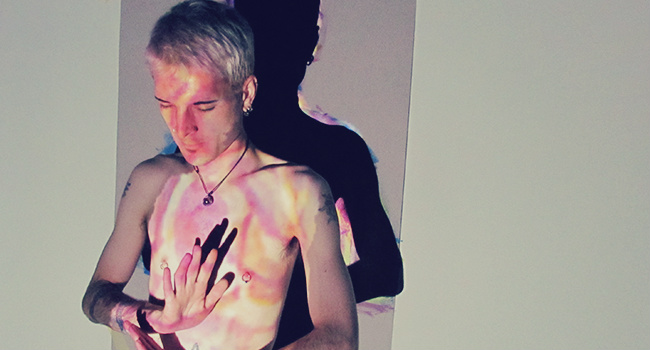 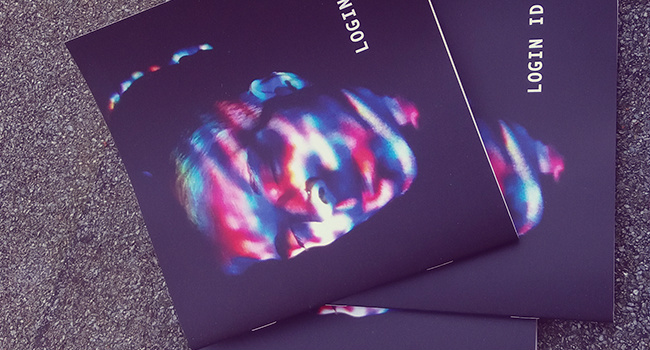 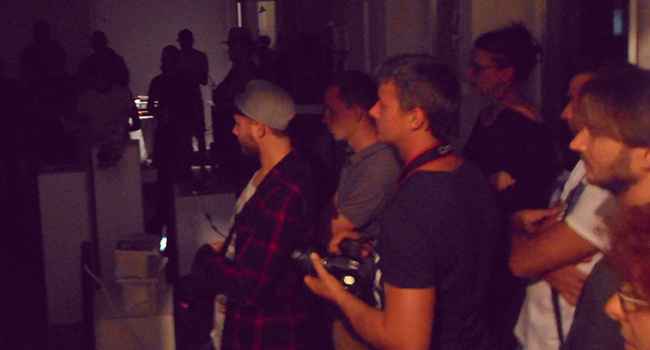 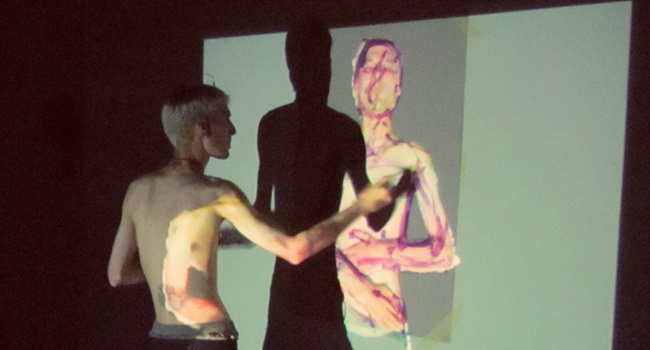 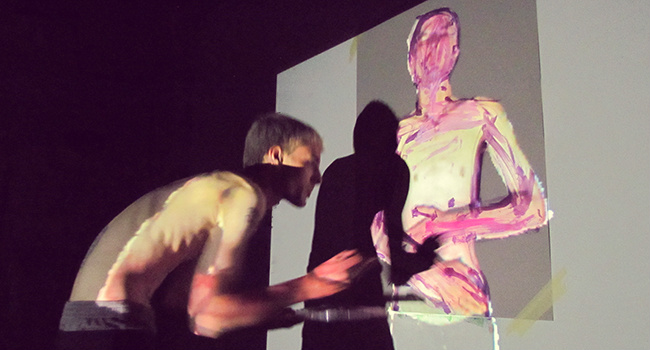 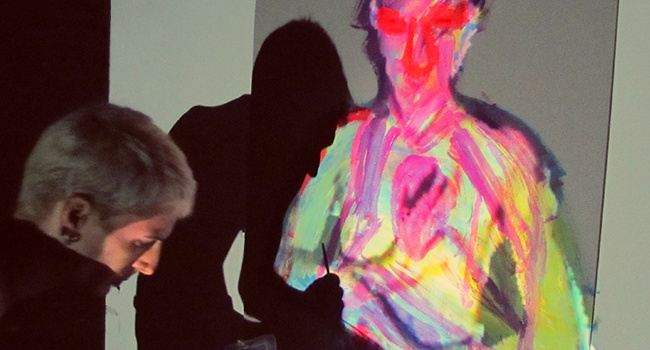 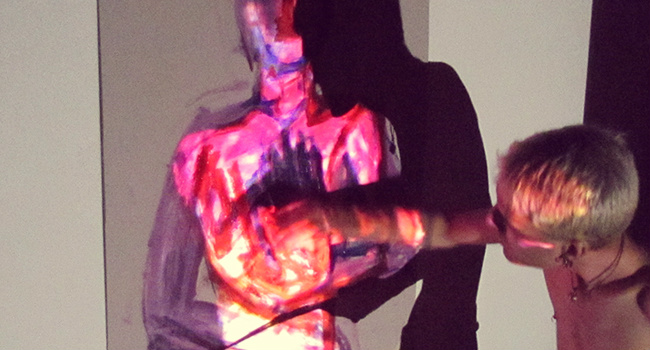 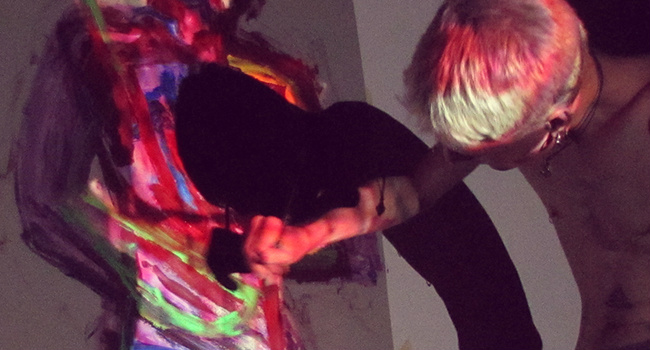 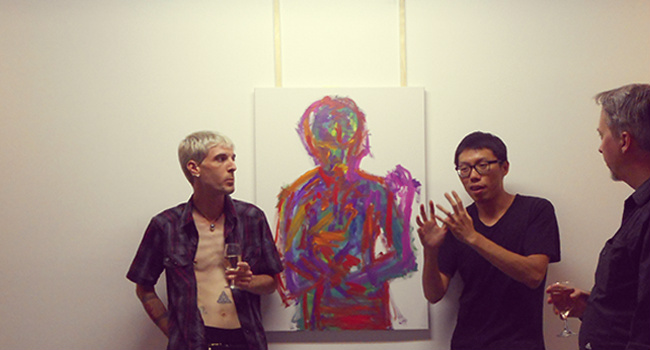 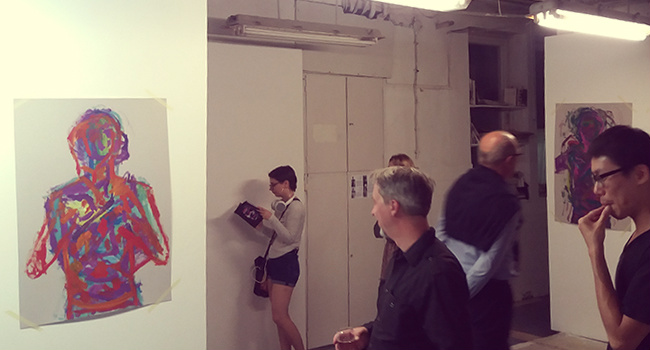 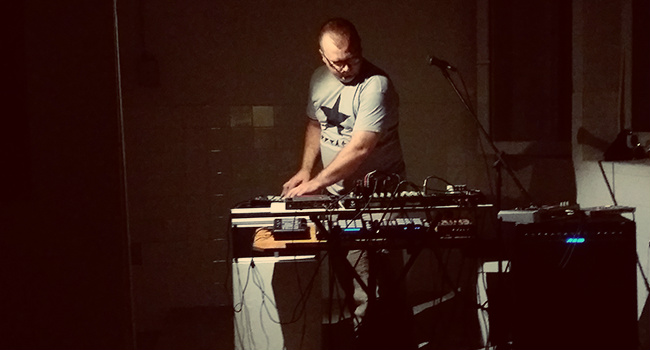