MiXER 17 – part two. As part of MiXER 17 collaboration by Jézabel Plamondon and Bobby Miga, a performance was shared with the audience.

MiXER 17 – part one. The collaboration project and the resulted artists’ book were presented by Zoltán Borsos. CLICK FOR DETAILS

This time we said goodbye to three artists; Jo Michiels’s Bodily Drawings were presented by Regina Balázs. Shawn Bodden’s Postcards from the Future – Zalaegerseg by Erika Csiba and few of Dany Diaz Mejia’s short stories by Eszter Beck. Thank you all for an awesome night!

today the artists’ open studio event was, among others visited also by the local TV team; check out their KULTÚRKÖR debut : CLICK HERE [from 25:01]/

Mew Jirasirikul (Thailand) and Francisco Diego (Mexico) presented their MiXER 16 collaboration project and artists’ book Re: Cordis, and we checked how well they got to know each other during the working process. CURATOR-FOR-A-DAY this time was : Rebeka Bogdán. Thnx all for joining!

The works of Jennifer Bockelman and Devan Wardrop-Saxton were presented by Gábor Mészáros and Emese Kintli; while Jennifer was making sculptures for Lines of Flight series; Devan used the residency to work on her magical realist folktale with songs entitled: You My Love At Home Again.

Thank you all who made it to the gallery tonight; the 2018 residency season is now officially opened with a (new) series of art-talks entitled: curator for a day. Regina Balázs mastered the job with excellence, presenting the works of Mika Yamakoshi.

LOOKING FORWARD to a new residency season. Our first artist for the year is arriving in a week.

Thank you Budapest, thank you Müszi, artists, visitors, helpers, supporters (+ others); the 2016 residency season now officially ended. We are taking now some time off, but shall be back in 2018 with new creative stories. Stay tuned!

WHAT WE HAVE IN COMMON? a retrospective group exhibition of projects created at D’CLINIC; at the opening we could once more enjoy Billie Hanne with her performance Deep broun sea. MÜSZI Budapest – on display till January 8th, 2017

Last (studio) event of the 2016 residency season : with paintings by Blair Johnston and a dance/poetry performance by Billie Hanne

The NOVEMBER exhibition : time for MiXER15 (Sophie Durand & Magali Rifflart) to present their THE LIGHT AND THE HEAVY collaboration project and artists’s book, as well as ALEXANDRA UNGERN STERNBERG to present what she have been up to for the past few weeks.

past, current and future works made within our residency programs are on display in Szombathely’s Képtár as part of the INTEAM exhibition & conference

later that day: ‘Words with Friends’ MiXER 014 project/artists’ book was presented at the studio. That after the local band VEN rewarded us with a mini concert!

MiXER 014 collaborators (HAYLEY SCRIVENOR + NIELS POIZ) moved into the Simon István Könyvesház bookshop; where visitors/readers had the opportunity to meet them and their ‘Words with Friends’ artists’ book.

After the MiXER 013 collaboration LOGIN ID performance and artists’ book presentation it was time for some sound action by Nadrai Róbert : read more + watch the performance

time for the fourth edition of meet the new artists; this time we returned to the studio with a renewed concept of the talk.

The JULY exhibition : We had the privilege to see / taste & experience the works by EN-EN SEE, VESNA ZUZEK and FEDERICO CITTARO. Thnx Podhorszky Gábor for great music!

The JUNE exhibition : time for NOELLE NG PO LIN, ARIEL COTTON and CLAUDIA MARÍA CALDERÓN to present what they’ve been up to for the past few weeks.

Ariel got a special visit by the editor & maker of www.kilencedik.hu; a web portal devoted to comics. Read an interview with her here.

…early morning sneaking around the city with Noelle (and her soft sculpture). Noelle’s project is a trial to break the seriousness and tradition of a classic statue, in order to give the subject matter a new perspective and a bit of humour.

time for the second edition of meet the new artists at the Popup Cafe. 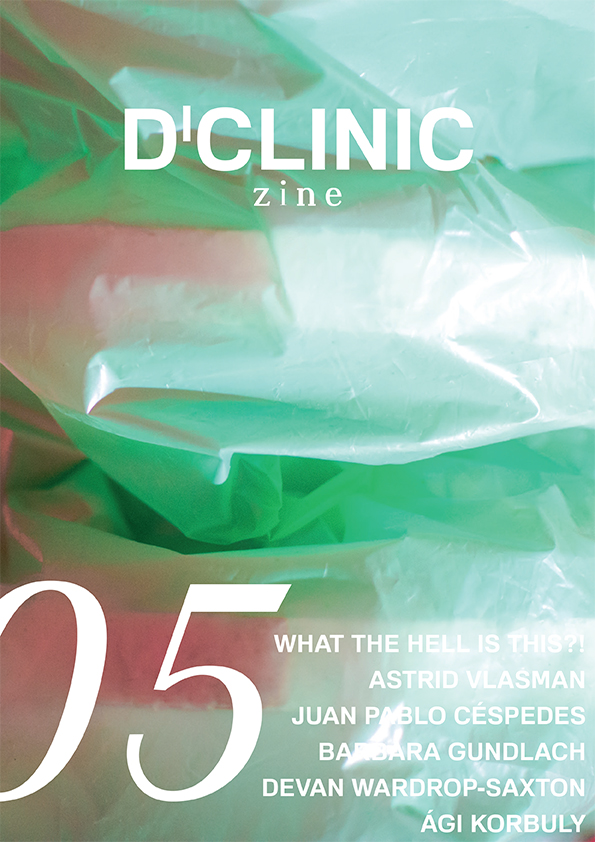